Skip to main content
FREE Shipping on Orders Over $249 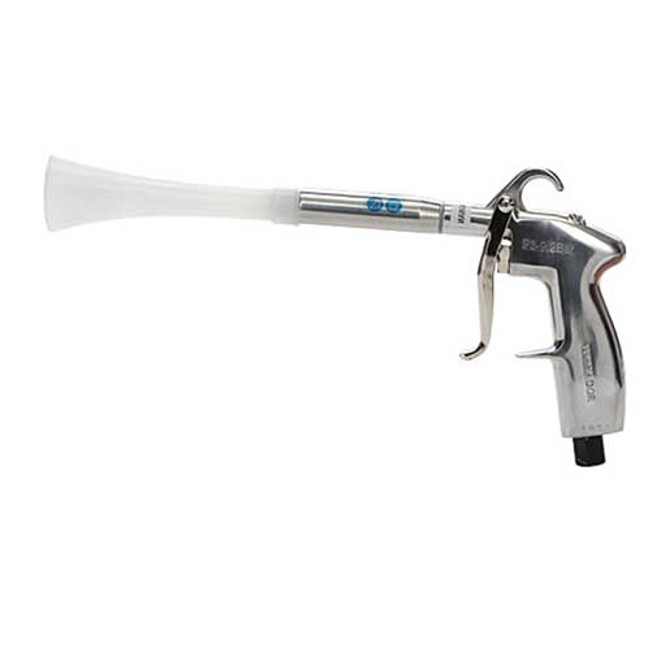 The TORNADOR® Air Blow Out Gun has the same cone shape as the TORNADOR® Car Cleaning Tool and TORNADOR® Air Foam Gun. The cone channels air into a powerful tornado-like motion that quickly lifts dirt and moisture from any surface. The cone covers a larger area than the air flow coming directly from an air compressor, yet it is still targeted enough to concentrate tremendous air power right where your vehicle needs it.

The TORNADOR® Air Blow Out Gun has multiple detailing uses. Use it to blow crumbs, trash, and dust from under and between car seats. Blow out seams in the dashboard and trim, where dust accumulates. On the exterior, blow moisture out of door, trunk, and hood jambs. Blast water out of body seams and from around windows and mirrors to avoid drip marks. Under the hood, dry out the engine compartment so you can dress and polish engine components.

The TORNADOR® Air Gun speeds up detailing! The strong gust of air blows debris out in the open where you can vacuum it up. It blasts water out of crevices to eliminate time-consuming hand-drying. It dries up the engine so you can get on with your detail. The TORNADOR® Air Gun saves you valuable time!

The TORNADOR® Air Gun works with an air compressor operating between 60 and 90 psi. Depress the trigger to release a powerful gust of air. Because the TORNADOR® Air Gun is designed to blow debris out of tight spaces, it is recommended that you wear appropriate eye and ear protection to avoid contact with loose debris.

You can't clean what you can't see! The TORNADOR® Air Gun removes debris from its hiding spots inside the car and aids you in drying the exterior and engine area. The powerful blast of air cleans and dries where you can't, to complete your detailing job faster.

To clean the TORNADOR® Air Gun, place the nozzle in a bucket of soapy water and depress the trigger once or twice to remove dirt from cone.

Get the latest updates on new products and upcoming sales